ALL-CAPS Kristal called me the other night after having an epiphany.

“Guys today…they don’t have enough Swayze in them. Girls want the Swayze. We NEED the Swayze.”

And you know what? She’s totally right. Girls want the guy who can seduce us on the dance floor or over a pottery wheel and still tear the throat out of a dude–and then celebrate his kill by taking us against the wall. Also it doesn’t hurt if he has a best friend who looks like Sam Elliot, but that’s not really part of the equation… 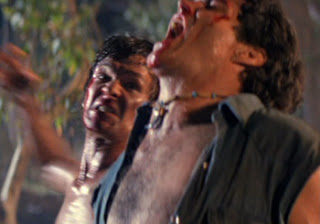 And you know what else? I bet in real life he bought his girl flowers on a Wednesday, and probably left her cards on her pillow just because, and I bet that even on her fat & ugly days, he told her she was beautiful. Because he was Swayze. And he had swagger.

So guys, you may have moves like Jagger, but if you really wanna impress your lady, you need to have Swagger like Swayze.

Rainbow Star: The More You Know…. 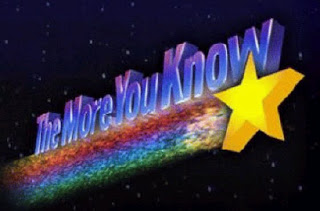