How was your 4th? Mine was fun, but fairly uneventful. We went to the movies and to a pool party.

I’ve seen two movies this week. Both were fun, action packed summer flicks, but I have to say, Live Free or Die Hard kicked Transformers‘ butt.

*there are some spoilers below…so if you don’t wanna know, go here.

First of all, I’m a huge Die Hard fan so I was skeptical about the fou

rth movie. Even with the ridiculous stunts (fighter jet anyone?) it was a fun, totally fast paced flick. John McClane is an awesome character and this time he had an awesome geeky side-kick played by Justin Long (you know “Hi, I’m a Mac.”) I’ve always had a wee crush on Justin but now it’s full blown. They worked well together and the dialogue was never stilted. I could (and probably will) go see that movie again in the theater.

Now, Transformers was another movie filled with action. But it also had so many more eye-rolling moments for me than Die Hard. The graphics were absolutely phenomenal and worth seeing the movie for. It also had a great cast. The Whitwicky parents were perfect and so was Sam. Sector 7 (the government agency that didn’t exist) was fun and very Area 51. But for me, the movie ranked a B…maybe even a B-.

First of all, there was this ridiculous comic-relief evil robot that I called the Jar-Jar-Binks-Bot. I wanted to stick a fork in my eye every time that metallic bug came on the screen. And as amazing as the graphics were, there are only so many times you can watch the cars transform. It was phenomenal–the first 6 times. But after that, it got to be a little redundant. Oh, and can anyone tell me why Optimus Prime always transformed from Rig to Robot and landed in the Ninja stance? Totally corny.

The dialogue was sometimes so cheesy it had me craving crackers. Now I’m a huge fan of the cartoon…I loved watching the original Transformers and I loved watching the newer shows when my boys were young. And I know that sometimes the cartoon dialogue is so cheesy and preachy and over the top…But they really didn’t have to go there with the movie. Many eye-rolling moments during some of the big speeches.

This movie coulda been an A if they would’ve cut it by about 30 mins. They could’ve easily done that. Hell, they coulda just cut 10 mins from one of the last fight scenes and I would’ve been happy.

Oh, and if the 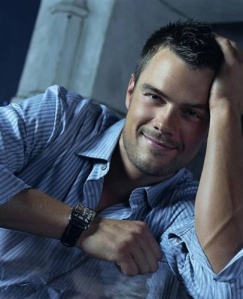 re had been more Josh Duhamel, then it would’ve been an A+.

You guys see any movies this summer that you’ve loved, hated or could care less about?