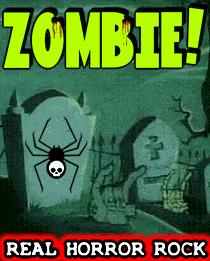 Here’s the list we compiled on my FB status yesterday. There are a couple of repeats, but I think that just means they are good suggestions… If the world ends tomorrow, here’s the music to go down with…

The End by The Doors
Any World Will Do by Steely Dan
Hells Bells by AC/DC
Runnin with the Devil – Van Halen
I’ll Never Get Out of This World Alive, Hank Williams
IF I EVER LEAVE THIS WORLD ALIVE by Flogging Molly
Burn Baby Burn by the Trammps
The Four Horsemen by Metallica
Last day on earth by duran duran
The Final Countdown by Europe
Don’t fear the reaper by blue oyster cult
U2-Until The End Of The World
Prince’s 1999 “…party over, oops, out of time…”
Enter Sandman- Metallica
Discharge – Doomsday
http://www.youtube.com/watch?v=s4haocYW8…
Crucifix – Annihilation
http://www.youtube.com/watch?v=x2iQOM00M…
Slayer – Raining Blood
Dio – The Last in Line
Peter Gabriel – Here comes the flood
Iron Maiden – The # of the Beast
Metallica – The 4 Horsemen
Unchain the Night and Will the Sun Rise– Dokken
Genisis, “I Can Feel it Coming in the Air Tonight”
Highway to Hell
Rock of Ages
Armageddon It
London Calling
Miami 2017 (They Say the Lights Went Out on Broadway) by Billy Joel.
Zepplin “Stairway to Heaven”
If I ever Leave This World Alive by Flogging Molly
Keep on Dancing Til the World Ends. By Miss Britney. The world may end, but still–we dance!!
Till the World Ends by Britney Spears-yes, I said it! The video is actually pretty good: http://www.youtube.com/watch?v=qzU9OrZlKb8
Living Dead Girl by Rob Zombie.
how soon is now? by morrissey
Who wants to Live Forever by Queen
Under Pressure from Bowie
Dead Man’s Party by Oingo Boingo
Downside Up, another good one from Peter Gabriel
Land of Confusion Disturbed
Bodies (Let the bodies hit the floor) Drowning Pool

Thanks for playing everyone. Please feel free to add to the list today while I’m in an all day “retreat.” I’m pretty sure my idea of retreat (spa, massages, bloody marys…) and their idea of retreat (locked room, meat locker temps, lectures) are not exactly the same thing…

Y’all have a great weekend and I hope to see you Monday!