El Jefe and I took in two movies this weekend, which I think may bring our total of movies seen together to four. We generally wait and see them on his giant TV at home, but it was so hot this weekend (not that I’m complaining) that going to the movies just made sense.

Especially since there are so many out right now that we both want to see.

Now, the movies were good. Both of them (Bridesmaids and X-Men First Class). BUT we had shit-luck this time because there were babies and toddlers in both movies. And when I say toddler, I mean not even 2 years old.

I get it. My kids were once tee-tiny and I wanted to get out of the house, too. And sometimes there are no options available for when you need to get out and it sucks. 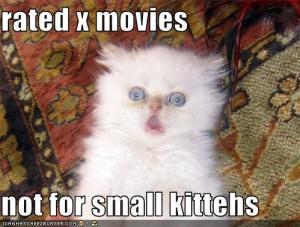 BUT YOU DON’T TAKE YOUR NEWBORN TO THE MOVIES. Seriously. Why would you do this? You’re dumping a butt-ton of money just to get inside and then you can’t even stay and watch the majority of the flick because you have to keep leaving to calm the baby.

Or worse, you just let the baby cry it out in the theater–for the same movie that we also paid butt-ton of money to see. (especially if you include the highway-robbery popcorn and coke. But you know what? You really can’t go to a movie without popcorn and coke.)

There are very few things that drive me batty in this world. (like batty to the point that it makes me seem like I have issues. haha)

There. I feel better now.

Now in the world of good and awesome, go see X-Men First Class. I was blown away by its awesome. They did a fantastic job casting the ‘younger’ heroes and the acting was superb. According to El Jefe they did change a few of the story-lines but the changes were well done and appropriate. If you have been a fan of the X-Men movies, you will NOT be disappointed in this one. 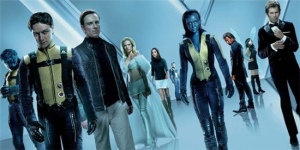