12 Year-Old Jackson Ripley wrote Mitt Romney a letter. I think our country is gonna be all right if he’s a good example of his generation…

Dear Governor Romney,
I’d like to say congratulations on winning the republican nomination. But, I wish you stayed in Massachusetts. You’re plan for America isn’t what we need, and would hurt us more than it would help.

First, repealing Obama care and other health plans he’s put in place have helped families across America, including mine. I live in a middle class family, and two years ago my little sister; Kennedy was denied insurance because of her pre-existing condition. This was a huge emotional stress and financial burden on my entire family. Under Obama Care, insurance companies can no longer deny Kennedy and kids like her, the coverage they need and deserve. Because of Obama care my little sister was able to have the several surgeries she needed that helped save her life. Once the President was elected he put Obama Care into action, just like he promised and made it so that you could get insurance with pre-existing conditions. This has made a direct impact on my family. My family is with out a doubt better off now, than we were four years ago!

It is to my understanding that you stated that you were going to repeal Obama Care, including the part I have mentioned, which will take away the insurance we have and need for my sister Kennedy. Why do you think she doesn’t deserve health care? Also, when you were interviewed on “Meet the Press”, you stated that you would NOT repeal this part of Obama Care, but then your campaign backpedalled and on the “Tonight show with Jay Leno”, you said that you WOULD repeal this.

Also, you’re domestic plans (birth control, gay rights etc.) are horrible! Women should get to manage their own health, and if you wonder why you’re not appealing to many women voters, rethink your birth control and women’s’ rights plans. And people should be able to marry whom they want. We built this country so people could have freedom, and not have religious beliefs control them to that length. This country was in no way built on any religion, so we should not create laws that repress the American people in a religious way and hurt our most vulnerable.

FWIW, I wrote Mitt Romney a letter, too…but mine fails in comparison to his… 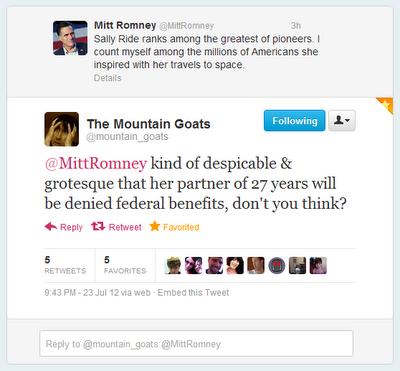 I pulled this off of tumblr. Point. Made. 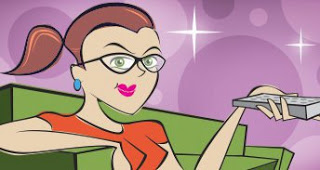 Gonna take care of some business on the front end… You know I write the recaps for The Bachelor/Bachelorette over at Hey Don’t Judge Me right? Well, I have some very good news…Starting in July, I’ll be recapping Season 1 of Once Upon a Time…2 shows a week to bring us to the beginning of Season 2 in September! So…Please bookmark Hey Don’t Judge Me and like our Facebook page. We have some fantastic writers over there who recap and review all sorts of shows and movies and what not. For example, we added Dr. Who this week. I KNOW RIGHT? Awesome.

Oh. and now I have a Tumblr account because Stoney told me to get one. And I always do what I’m told. So I’ll be posting little what nots about the shows I’m recapping there. And other what nots. There will probably be posts about wine. And possibly some talk about the zombie apocalypse. I might even solve the world’s problems. So if you’re into that sorta thing, follow me. If not, well, why are you reading my blog anyway?

In news of discovery, I have been totally using El Jefe’s razor, and I am now going to have to go get my own, because WOW. This thing works! My legs are awesome. AND now they are smoov too! 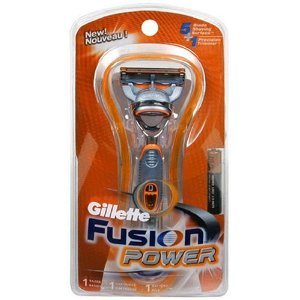 Seriously. The battery power makes all the difference.

Hmmm. What else is going on? Today is the longest day of the year…and I’m stuck at work instead of soaking up all the sunshine at the lake. I think this should be a mandatory day off…don’t you?